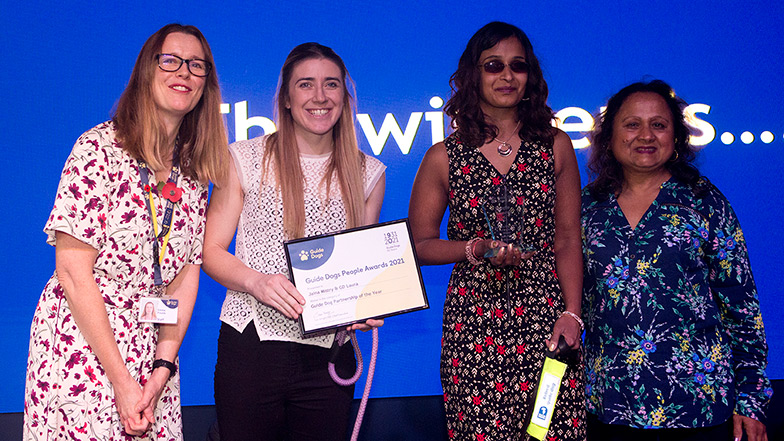 The Guide Dogs People Awards ceremony was held last week at our National Centre, which served as the perfect culmination of almost a year-long celebration of our 90th anniversary.

We honoured the volunteers, staff and service users whose contributions, achievements and brilliance over the past 12 months and beyond have inspired and touched the lives of so many.

This year’s People Awards also saw the introduction of a special new award category – The Princess Alexandra Award for Lifetime Achievement - to commemorate the patronage of HRH Princess Alexandra, who stepped down in July after more than sixty years in the role.

There to present the Lifetime Achievement Awards was our new Patron, Her Royal Highness The Countess of Wessex, who was making her second visit to a Guide Dogs centre.

The Countess of Wessex also officially launched our Academy programme, our new way of recruiting and developing Guide Dog Mobility Specialists and Trainers to help reach our goal of 1,000 new guide dog partnerships a year.

Many of our trustees were also at the National Centre to present awards to the winners of each of the six behaviour-based categories. Alongside our fantastic host, Countdown's Susie Dent, there was also an array of celebrity supporters who sent congratulatory video messages in honour of our 90th anniversary and award guests. 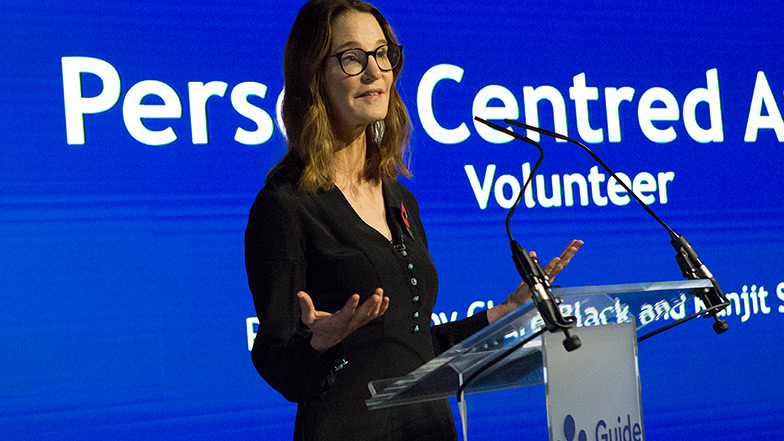 Lauren, Laura, Jodie and Howard helped an anxious guide dog owner, whose dog was due to retire, to relocate abroad for their dream job. The team understood the challenges and tailored support so the owner felt prepared, reassured and confident in a new country. They created the perfect new guide dog match, and helped with the legal issues of taking a guide dog overseas. They delivered bespoke My Sighted Guide training to the owner’s support officer, developing the officer’s understanding of how a guide dog works, and learning new routes safely. The team also helped with the practical challenges of relocating, even arranging for in-country mobility training. 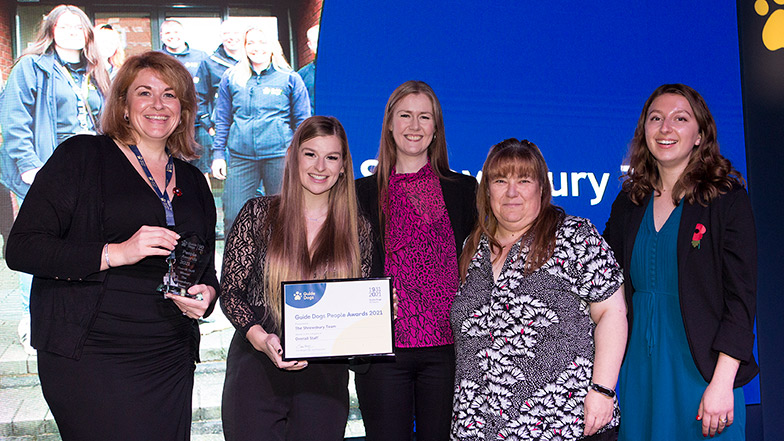 Robert’s career at Guide Dogs started as a dog care volunteer in Bolton aged just 14. At 16, he was employed full time and, after 25 years with Guide Dogs, he’s become a highly respected member of the team. As a Dog Wellbeing Technician, he’s passionate and committed to his role in supporting each dog’s journey to become a future life-changer. Robert often goes above and beyond: one winter, he walked through seven miles of thick snow and bad weather from Bolton to Atherton to ensure the kennelled dogs were cared for. His enthusiasm, support and commitment also extend to people. As a tutor, Robert has trained numerous dog care staff, Guide Dog Trainers and Guide Dog Mobility Specialists in their dog care modules, and he’s imparted his knowledge to many dog care volunteers. In the past, when he’s given talks on dog care to service users visiting the Bolton centre, he has also served them meals, kept them company in the evenings and assisted in taking them out – and always with a smile. Outside of his day job, Robert also contributes to fundraising events by constructing display items out of his own pocket; he once recreated a winter wonderland scene for a Christmas fair. 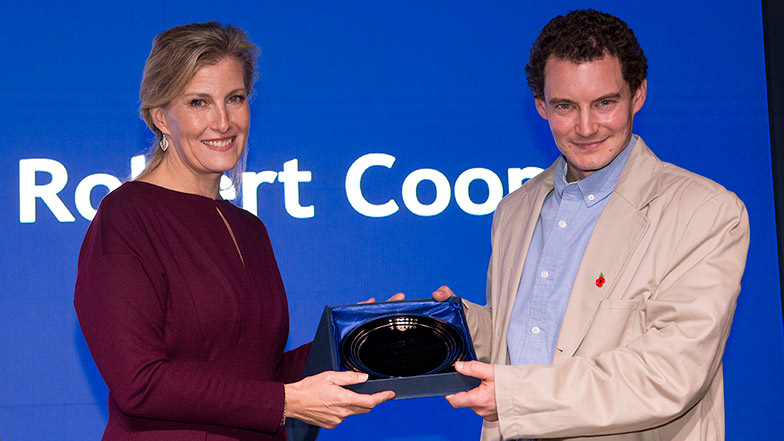 The Countess of Wessex and award winner, Robert Coop.