Ready Steady Cook returns with a new host, Rylan Clark-Neal, and promises to feature new challenges such as cooking on a budget and eating healthily, managing food waste, and feeding the whole family to put the next generation of chefs through their culinary paces.

In each episode two contestants are each paired up with a chef, going head to head in the famous Ready Steady Cook kitchen.

Alex, who is the face of the recent Guide Dogs campaign “By My Side”, will team up with chef Mike Reid to compete against Alex’s cousin, Joe Pepper, who is also visually impaired, and chef Romy Gill.

Alex uses a number of kitchen gadgets to assist with cooking, including stickers to locate the centre of hobs and a beeping device to fill pans. 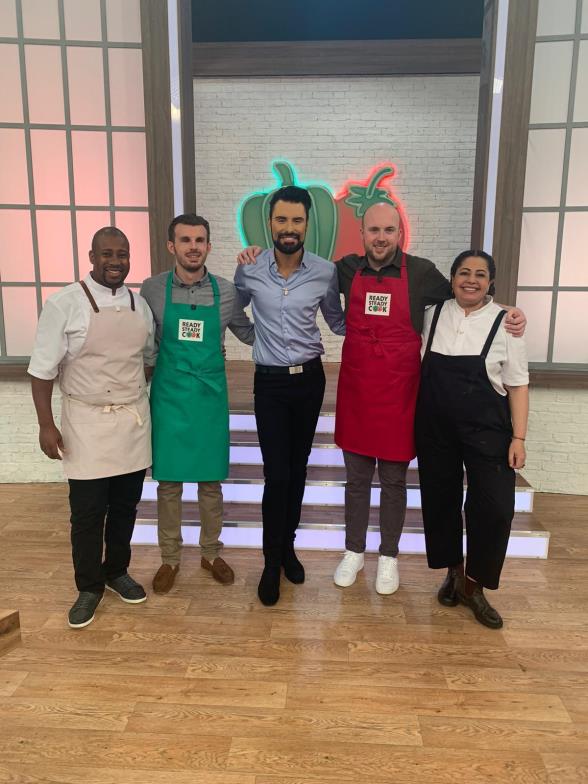 Alex was treated for retinoblastoma (cancer) twice as child and has been paired with his guide dog River since 2017.