Craig and Neve discussed their shared love of all things dance, and their chat was filmed by Guide Dogs as part of the #MeetAHero campaign, which shows that with the right support, young people with sight loss can do almost anything.

“Since I was really young I’ve been obsessed with dancing, now I’m older I’m equally obsessed with Strictly”, says Neve, who was born with a number of complex eye conditions which have affected her sight.

Despite her vision impairment, Neve began dancing when she was just four years old. She now practices a combination of ballet, tap, akro, modern and lyrical twice a week in Coventry.

Neve has been working with Guide Dogs on her movement and orientation skills since she was nine and this helped her when it came to learning how to dance.

Her sight loss means she is sometimes unable to do things the same way as her friends, but despite not finding certain dance moves easy, she is always willing to try new things and won an award for being the most resilient student at her dance school earlier this year.

“Even though things can sometimes take me a bit longer to work out, I feel free and happy when I dance”, says Neve.

A Strictly Come Dancing super fan, the BBC show is a ‘must watch’ in Neve’s house and she has been looking forward to the new series since May. Craig is her absolute favourite judge on the panel and she loves his theatrical manner and how honest he is with his feedback.

When they met, Neve and Craig spent some time discussing their shared love of dance, including how they both got started, their dance inspiration and even their most embarrassing moment they have experienced on the dance floor. 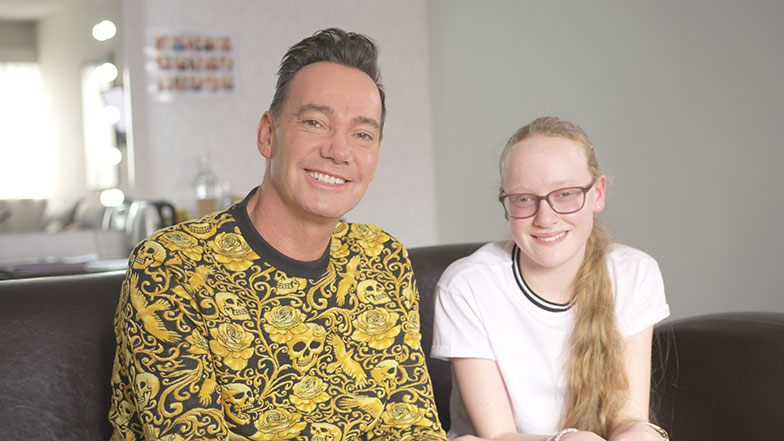 Craig was equally full of praise for Neve, saying: “It came as no surprise that Neve received an award from her dance school earlier this year. She is the embodiment of a fabulous dancer. She is talented, resilient and unafraid to try new things, despite having some extra challenges to navigate.”