John’s tribute fund was opened in 2004 by his wife Jules, after John died of a heart attack at the age of just 34. Each year, around John’s birthday, friends and family get together for a picnic and a walk in his memory, which became known as ‘John’s birthday walk’. At the same time they fundraise for the tribute fund. 2014 marked its 10th anniversary, so Jules decided to make the birthday walk into a fundraising day in his memory. They hired the local cricket pavilion and had five-a-side football and mini Olympic Games, a raffle, tombola, and a handmade crafts stall. Over 150 people attended the event, catching up and sharing stories about John, and helped to raise £1,200 for John’s fund.

Together with friends and family, Jules has raised £35,000 so far and has named her 9th puppy in John’s memory.

We’re really grateful to everyone who supports us in this special way, commemorating the life of someone they’ve lost and, at the same time, supporting Guide Dogs in helping people who are blind and partially sighted across the UK. 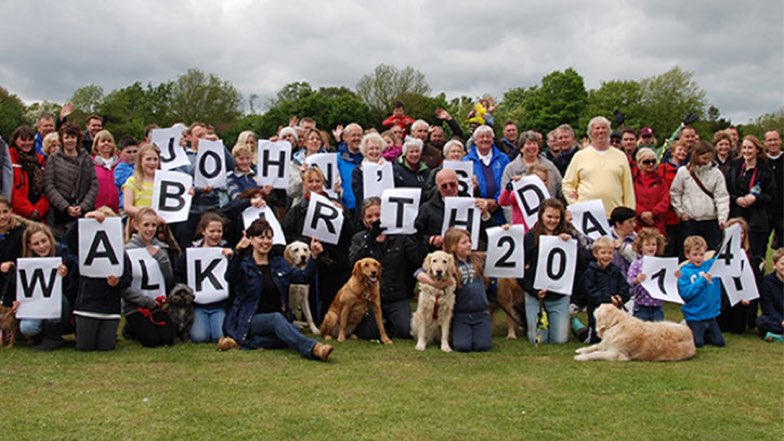 Find out about donating in memory

Please get in touch

To set up a Tribute Fund, or for more information please get in touch with the Gifts in Memory Team.