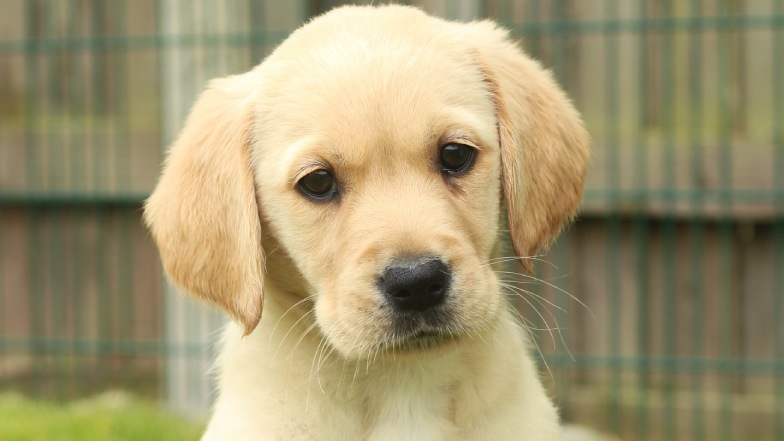 Puppy Geri was named by pupils and staff at St Gerard’s School in Bangor after they chose Guide Dogs as their charity of the year.

St. Gerard’s held regular events including coffee mornings, a Christmas concert, a Great Guide Dogs Tea Party and a sponsored blind climb at their local climbing centre. One of their teachers even took on the fastest zip wire in the world to raise sponsorship towards naming a guide dog puppy!

It was important to pupils and staff to incorporate their school – Geri’s name was chosen in the school’s namesake (St. Gerard’s School).

Did you know that we have a tradition at Guide Dogs where we name all the brothers and sisters in a litter using the same letter of the alphabet? Each family is given a nominated letter and all the pups are given a name beginning with that same letter e.g. Annie, Alfie, Arthur unless they have been gifted a name through our Name a Puppy scheme.

Have you named a guide dog puppy before? Hoping to name one very soon? Can you guess from your named pup’s birth certificate what letter of the alphabet they might be from their brothers and sisters names? 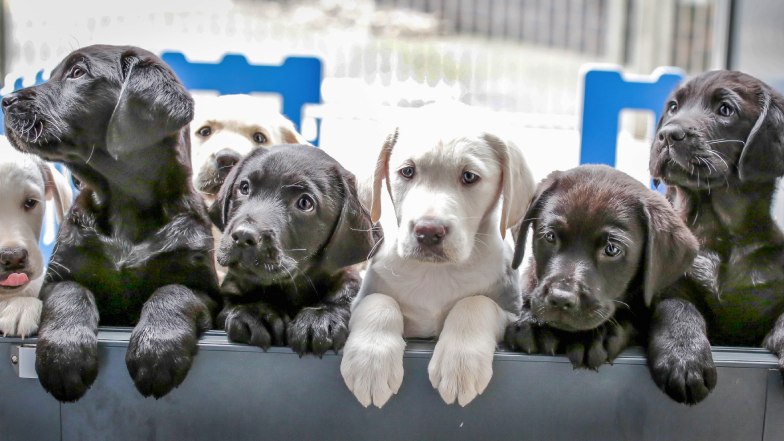